The new chapter of the Overwatch universe recently began with the second installment of this famous multiplayer game. Immediately, the public got access to the first of what will, supposedly, be a number of new heroes that will become a part of the game.

That new hero is Kiriko, a back line character that might not be the best at massive damage dealing, but will stop a player or two from dying too early.

Some might argue that Overwatch 2 is not in a dire need for new characters like that, especially when many are looking at other roles. For example, one tank hero could be a much more interesting addition to most players, especially if that is a big damage dealer.

Still, the introduction of Kiriko is a big movement away from the original Overwatch selection of heroes. The same will not just influence play styles and the metagame, but also the chance of attracting new fans to this famous but still somewhat stalling multiplayer game. The introduction of Kirko comes as the new phase of Overwatch begins. Overwatch 2 entered the world of gaming through a big upgrade that drastically changed the original game.

As many players noticed that the reload speed of servers is practically next to nothing, Overwatch 2 was likely downloading on their device. The new release has since then gotten a lot of attention and one of the biggest spotlights here is the new character focused on healing.

Kiriko came to the world of Overwatch 2 through an unusual process. Initially, she was nothing more than a concept art created for the PvE part of the game. That should see its launch in 2023. Here, Kiriko should have been among many enemies with its movement speed, power slide, swift step ability, and any other factor the designers intended for her.

But, slowly, Kiriko developed into a fully-functional hero with its independent potential. That led to the character taking on the form of a ninja healer clad in a lot of streetwear. She is also influenced by a fox spirit with a ghost form.

Originally, she also had a weapon very similar to that of Junker Queen. In the original lore of the series, Junker Queen was able to throw a knife which she could then recall. Kiriko also got a form of a big shuriken that would return to her as a boomerang.

But, this came with a lot of problems, making the teams drop the shuriken. Instead, they went for healing talismans, more precisely the healing ofuda talisman which Kirko ended up with. This way, her role as a secondary support character came to the forefront, where things like primary and secondary fire make less of a difference.

New Heroes and Changes to the Meta

Kirko is not just a new hero in the world of Overwatch 2. She also brings about a change in the overall meta of the release and the way players take on its challenges. That includes in particular the issues of the new Five-vs-Five mode that is expected to be a major part of the Overwatch player community. 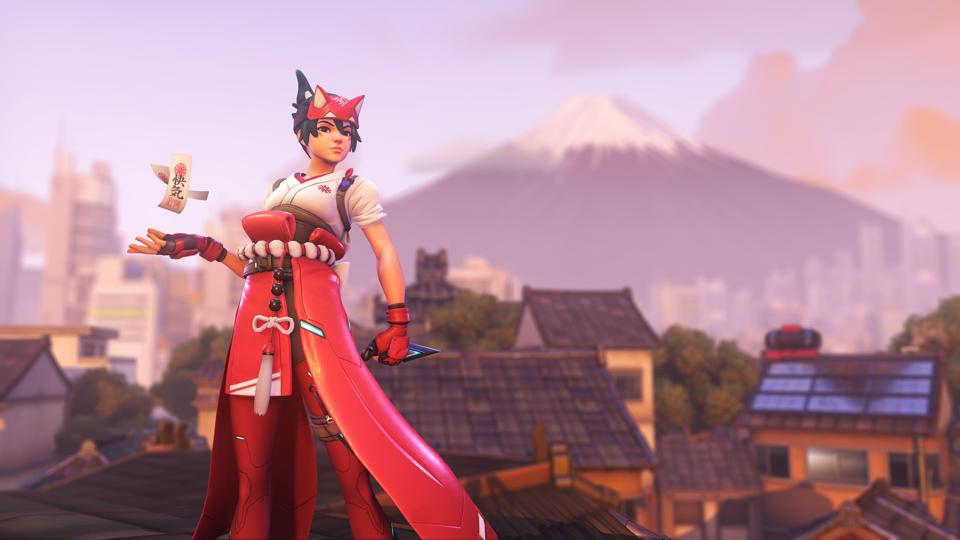 So, the spawn room dilemmas are likely going to be all over the place during the coming weeks and months. For better or worse, Kiriko is going to be a part of all those discussions about her influence on the overall meta of Overwatch 2.

There is another big rumor spreading around the Overwatch 2 community related to new heroes. That is the possible plans of Blizzard Entertainment revolving around the introduction of three new heroes.

Among them would be a tank hero and possibly something as relevant to the meta as that. While Kiriko is important, there has always been a sense that most meta strategies are built around the biggest damage dealer characters and heroes with wall climb abilities, for example.

But, as things stand now, the developers have no plans to address those rumors. Instead, the players will have their pick of old characters like Winston, Sigma, and Junker Queen.

The players who enjoy using support hero roles quickly noticed Kiriko and her features. However, not everyone got access to her immediately. Some did this through the battle pass from Overwatch 2.

Others are however still working on unlocking this and other playable characters, even though Kiriko is the first such new addition. But, many are certain that other playable heroes are coming to the community very soon.

That is not just possible but more than likely when it comes to Overwatch 2 new heroes. The current familiar faces will be supplemented with new Overwatch character options. But, it is hard to say when that will happen.

All the new heroes are certainly presently in development at Blizzard Entertainment. That includes everything from their personal short story and concept art, going all the way to passive ability feature, attack speed, and much more.

Yet, it will also likely take months if not years for all of them to come over to the Overwatch universe. With that in mind, players are not exactly holding their breath for any new heroes that the team behind Overwatch released along with Kiriko.

There is always a big place for support characters in the Overwatch universe. They might bring things like temporary invulnerability or use their healing ofuda to protect her allies like Kiriko in this case, but they are always useful.

It is true that tank hero characters might feel more interesting to play, especially for newcomers to Overwatch 2, but support will always be needed as well. When the enemy is pressing on a team, someone needs to keep their teammates alive.

Now, Kiriko will become a part of that selection of support heroes. In the next season and the coming ones as well, chances are that her role will only expand further.

Activision Blizzard stopped all the machines at it&rsquo;s HQ and with that I mean that both Overwatch 2 and Diablo IV are effectively stopped. The...

Overwatch's most iconic heroes will be having a drastic name change as of&nbsp; Oct. 22. This was done to create some distance from the alleged sexual...

After years of suffering Shanghai Dragons went from losing 0-40 to winning the great Overwatch League championship! The team suffered with critics but...

How to improve in Overwatch and reach Grandmaster?

The fact that many players worldwide have bought and installed Overwatch made it a very competitive game. This videogame mixes the best of shooters... 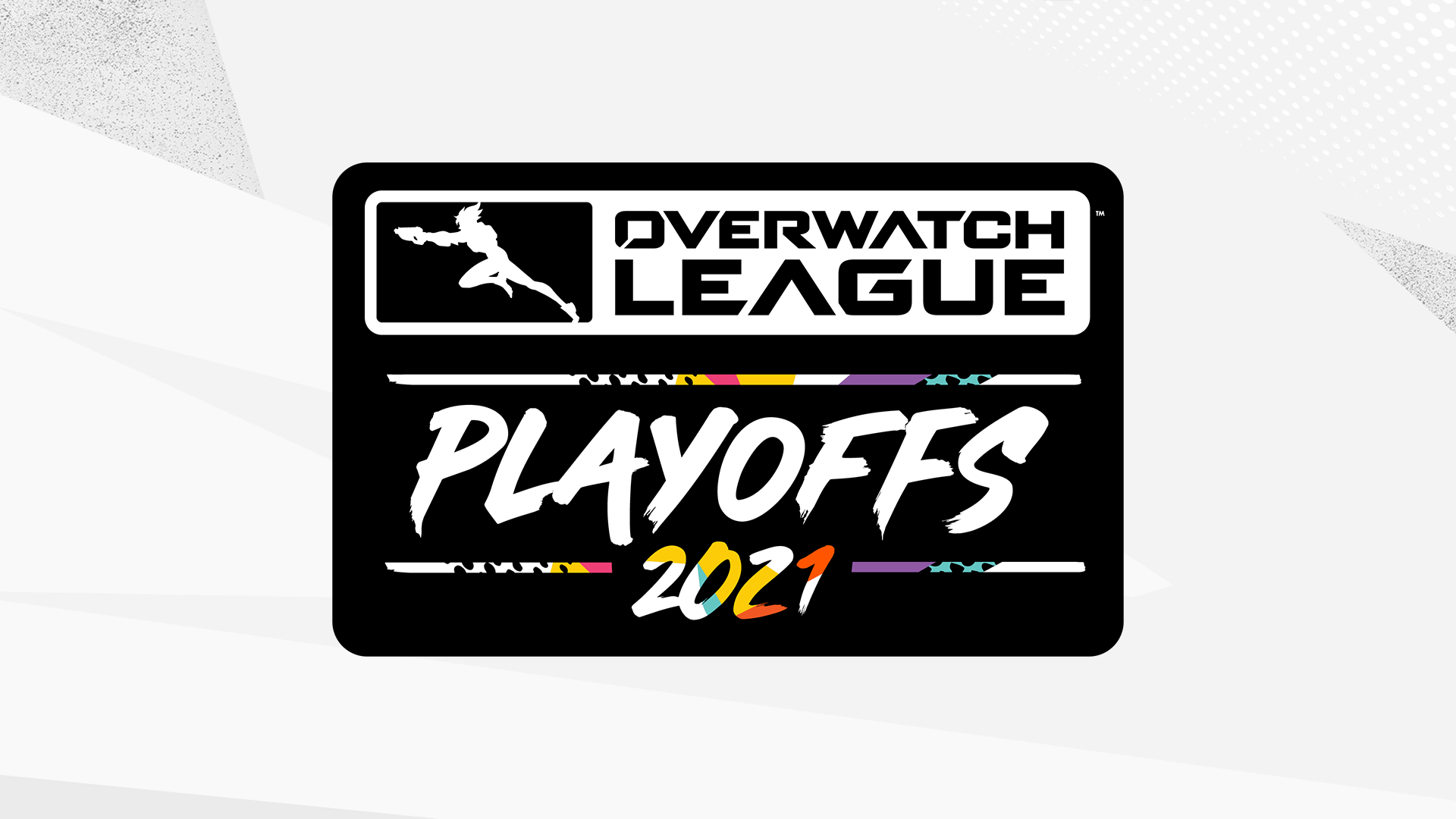 Overwatch League 2021 Playoffs bracket out! Tier List: Who will win?

The Overwatch League official 2021 playoff bracket has finally arrived after some hard months for Blizzard and the league itself and a global pandemic...

Why is Korea so strong in Overwatch?

Korea is known to have one of the best and most complete gaming boosting grounds in the world. With renowned boosters from all around that world that...