The visual appeal of the Mexican dia de los muertos is more than famous in the wider pop culture. Dota 2 designers decided to use that fact for their new hero.

With its distinctive design and a macabre atmosphere, the day of the dead has been made a familiar sight not just in its native Mexico, but across the world.

Thanks to that, it is not a big surprise that the developers and publishers of Dota 2, an established MOBA title, decided to base the new hero around this concept. Hero Muerta is coming to the world of Dota 2 and she is bringing color and death powers at the same time.

Dota 2, more than a decade since its release, is still going strong. The Dota universe has not only been staying among the top-rated multiplayer games in the world, but it has also been growing steadily.

That includes a Netflix animated TV show called Dragon's Blood where many Dota 2 heroes are featured. Besides, the grand finals of its multiplayer competitions remain among the most-watched esports events on the planet.

In that environment, the new hero Muerta will almost certainly blend perfectly. The hero Muerta not only represents the dead of Mexican culture and folklore, but also brings features that could end up a team secret weapon if used in the right way.

New hero Muerta is all about the day of the dead that is regularly celebrated in Mexico each year. Its traditions go back centuries and the new hero is completely inspired by these practices and aesthetics.

The day of the dead is a period when the living honor and remember their dead ancestors, friends, and family members. That is why many take on the masks and body paintings of the dead, giving the event a very distinctive aura of dread and horror.

Dota 2 new hero uses the same elements to its fullest. Fans already got a teaser trailer of the new hero looks and overall feel. As a result, the fans are already very thrilled about Muerta and its role as one of the new heroes coming to the same game.

Similar to the last hero that was added to the Dota 2 world, there are plenty of rumors related to the actual type of hero Muerta will end up becoming. Presently, Muerta's abilities, at least according to the fans, will be focused on either ranged carry or a position similar to a sniper.

In both cases, the changes to the Dota 2 matches, including the possibility of influencing the all star match and its preparation are not small.

While the last hero that was released usually defines the changes to the game, it seems that everything connected to Muerta and her related topics is already doing the same.

Changes in the Meta

Any change in the game of Dota 2 means substantial changes for the meta game as well. That implicates everything from the all star match to the regular encounters among the lower ranked players.

For example, when Primal Beast saw its inclusion into the Dota world, it too had massive implications for the way substitute matches were played out. The same will happen to the new hero Muerta for sure, but the path that this will take is still unclear. 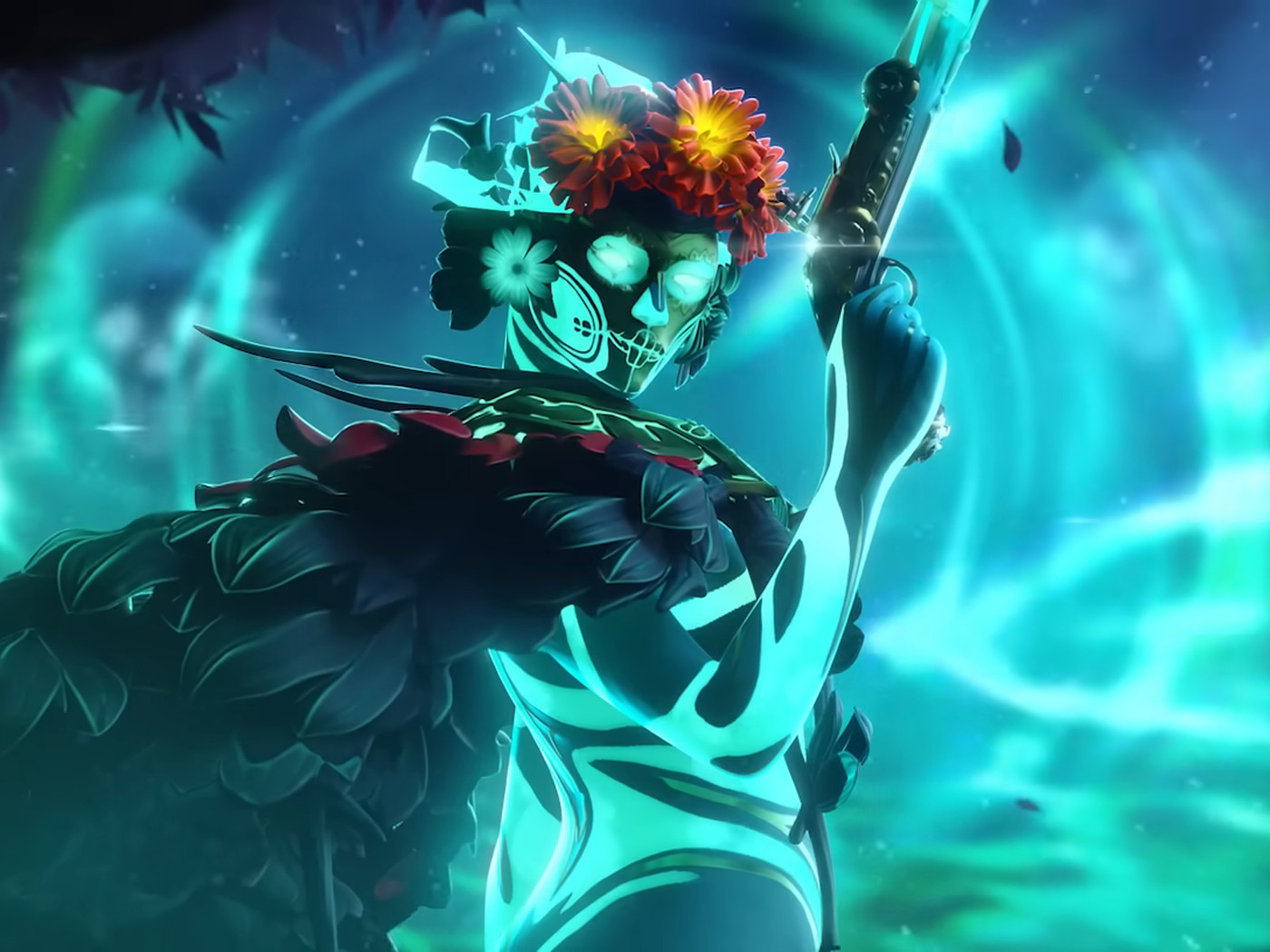 When it comes to Muerta's abilities, several things appear to be clear from the teaser trailer and the content it brings. First of all, the character will come equipped with a flintlock pistol of some sorts.

Of course, it too follows the visual design of the day of the dead, so hero Muerta will have her weapon covered in ethereal green light. Also, it appears certain that her powers will focus on her potential in the area of Dota 2 agility.

However, the fans of the game are very interested in the way Muerta will interact with the ghost regions of the Dota world. That means that she could possibly travel between these two and connect them somehow on the account of the dia de los muertos myths.

In the matches themselves, that would mean that she either has some kind of cloaking or teleportation abilities. Both of these would be valuable assetS to a team no matter what.

Many esports organizations, including the famous Tundra esports are very interested in getting their hands on the new hero and trying out what Muerta has to offer. That has been a usual practice across the community in many ways.

When Primal Beast came out, these esports collectives did the same and tried as hard as they could to see the same character in action. That is happening once more with Muerta and her abilities. 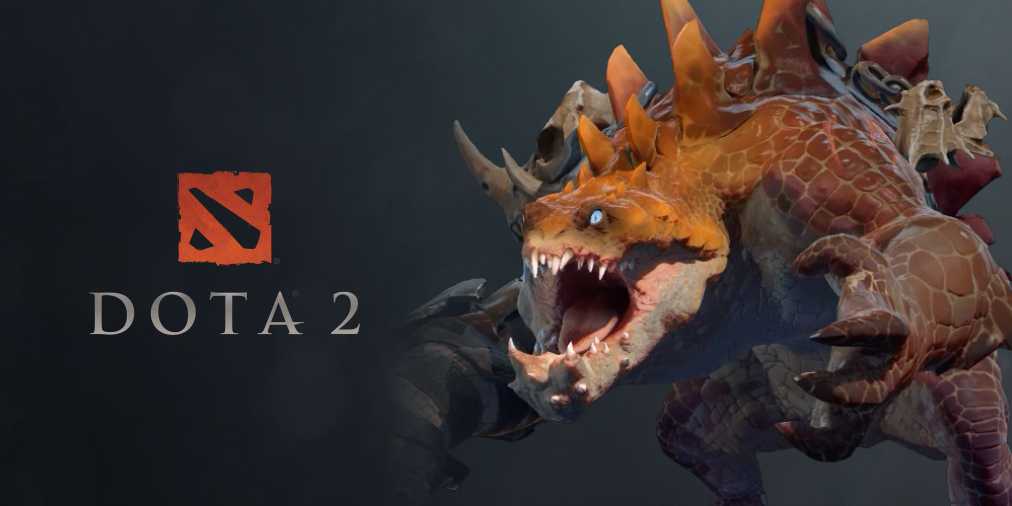 The reasons are two-fold. On one hand, when Muerta finally arrives in the game, these gamer organizations will get access to her along with everyone else. They clearly want to avoid that.

But, on the other hand, the big question mark related to Muerta is her post-death abilities. Rumors are spreading that even when dead, Muerta would be able to aid the living team members somehow.

That is a very novel concept and something that would impact all heroes previously released. Also, the ability - if it actually exists - would likely play a big role in the coming grand finals in some way.

Muerta will be hitting the world of Dota somewhere in 2023. That means that the community will not have to wait for too long to get their hands on the Muerta and her unique offensive and defensive capabilities.

As a character that was heavily inspired by the colorful world of the dia de los muertos, she will certainly make many fans in the region of Mexico and central America. But, her potential impact on the metagame of Dota 2 could be even more profound.

That is why all fans of the Dota 2 ecosystem will eagerly await the arrival of their latest hero.

Dota 2 boosting the players overall prize earning shouldn&rsquo;t be a surprise to anyone, the game boosts some of the biggest prize pools in gaming...

The Dota 2 transfer season is going bananas after the ending of it's premier event "The International 2021" roster changes were inevitable. The first...

The International 10 is the final and long awaited Dota 2 tournament part of the great and only Dota 2 Pro Circuit started away back in the days this...

Dota 2: Tips and tricks to improve given by boosters

Dota 2 is the famous VALVE moba game that has beat all records there are to beat in Esports. This game has a strong boosting community that has taken...

Dota 2 The International 10 in risk of collapse | Sweden’s Government to be blamed. Dota 2 boosting news

The International has been organized every year since the global pandemic struck in 2020. Like many esports titles Valve was affected heavily with big...