The Best Ways to Boost Your Rank in Rocket League

Today we have a wide range of video games but, Rocket league is a kind of video game which is inspired by vehicular soccer and it was published by Psyonix. In this game soccer is played but with customised rocket power cars and Players' cars have the ability to jump to hit the ball while in mid-air. There are two teams of maximum eight players using rocket-powered vehicles to hit a ball into their opponent's goal and score points over the course of a match. This game has two modes of playing one is single player and another is multiplayer mode and it can be played both online and locally.

There are ranks in every game and so is with Rocket League and there are certain ways in which a player can improve or increase his rank. There are certain ranks already given according to the performance of the player such as bronze, silver, gold and many more. Here is the guide that will help you to level up your ranks:

1.      Roadmap from bronze to supersonic legend

·        If a player is at Bronze they just need to play and enjoy the game and learn the basics of the game that will help them to play further in the game. Only one thing that needs to be taken care of and that is ball cam.

·        The key to win in Silver is not by outplaying your opponent but waiting for the right time to attack and prioritising defence. At mechanical level it’s recommended to get used to your maximum turning radius speed and hitting the ball less often but with full power.

·        After reaching Gold it’s time to invest in specific skills as you have a basic idea how physics works. In specifics you must concentrate on power hits, low aerials, controlled touches, power clears and back post rotations.

·        The best thing to do in Platinum if you have to rank up further is to concentrate on both rotation and mechanics of the game, often players tend to pick one but both are equally important. At this stage use power hits wisely as the timing of the flip before the power shot is really important. The best time to hit the ball to get maximum power is the last moment before you hit the ball (flip just before the shot).

·        If you are in Diamond the best way to rank up is to work entirely on that aspect that is lacking and learn from your replays. At this stage you are best trained as solo queuer and in team games so work on your team skills too.

·        At Champion stage the gameplay of a player becomes diverse in all the fundamentals like dribbling, flicks, fast aerials, double taps, air dribble, forcing and mini pads rotations. All these techniques can be used right to increase your rank.

·        At Grand Champion level if you want to rank up, it's really important to concentrate on team play( option coverage), controlled touches and grind the game that will help your brain to think more quickly.

·        At Supersonic Legend it’s the game of patience and there is a need to concentrate more on team play and grinding. You can hire a coach at this stage or make others watch your game to find out new strategies and loopholes.

If a player wants to rank up his game he can also consider buying a booster that will directly promote you to an upgraded rank. One of the best boosting sites is Boosting Market.com.

The best way to improve your rank in rocket league is to devote your hours to this game, learn all the necessary skills and become a pro by just practising hard. 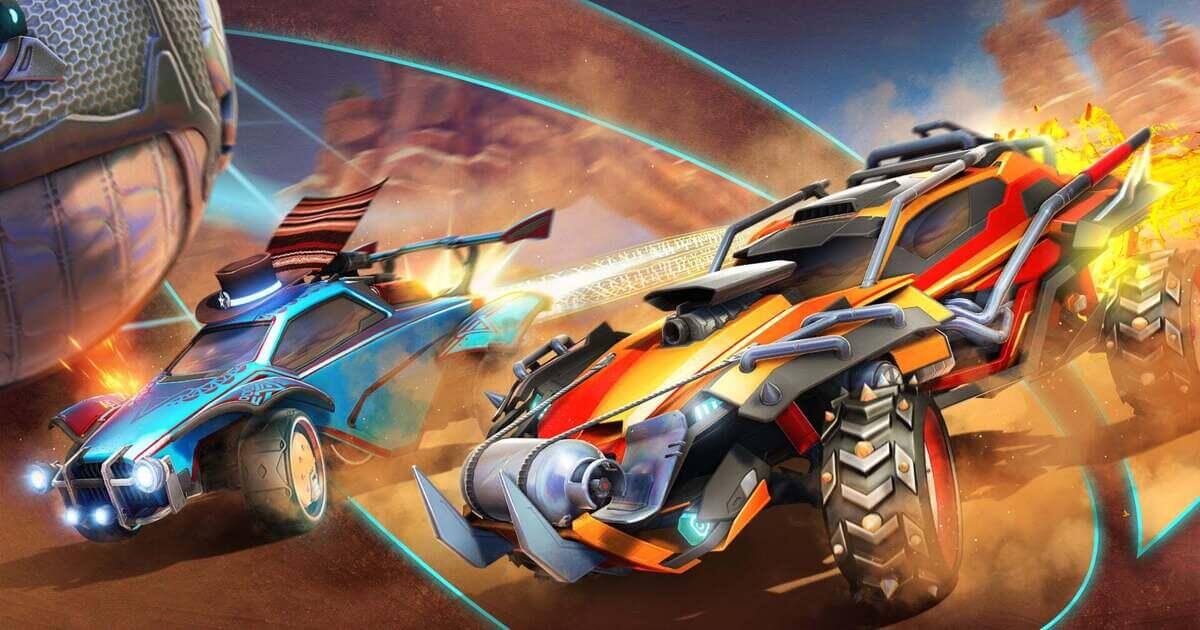 Psyonix created what is today the best car-football simulator in the world. Rocket League Season 10 did not arrived later or sooner than we were...

The new rocket league update hit the live servers just a few days ago on Nintendo Switch, PC, PS4, PS5, Xbox One and Xbox Series and as a rule of...

Psyonix created a gem, Rocket League is an absolute banger of a game. Combining the most famous sporti n the world football (Soccer for Americans)...

Is Rocket League getting a Lamborghini Huracan?

Rocket League is a famous vehicular soccer game that hit an all-time Steam concurrent player record of 132,747 in March 2020. The game is huge...